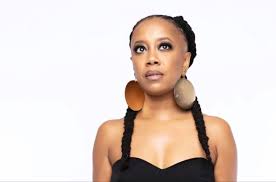 Launching from her longtime home-base of Washington, D.C. and taking flight to the rest of the world, Debórah Bond has become an integral part of the fabric of the worldwide indie-soul scene.

Debórah grew up absorbing the golden age sounds of the 70s and 80s soul music that bellowed through her childhood home in New Haven, CT. Artistically, she stands at the intersection of Anita Baker, Sade and Chaka Khan, though she also credits Luther Vandross, Whitney Houston and Stevie Wonder (among many others) for inspiring her to pursue a career as a recording artist.

An accomplished radio personality and voice over artist, she hosted a weekly Sunday afternoon radio show at Sirius XM, where she worked for ten years. She recently composed and performed the theme song for a brand new podcast, The Suga, hosted by actresses Tika Sumpter and Thai Randolph. For the past decade she’s been doing radio jingle and voice over work for Amsterdam-based PURE Jingles, which can be heard here.

In addition to her career as a performing artist, she’s a pillar of the D.C. music community, having served six (6) terms as D.C. GRAMMY Chapter Governor. As an educator, she’s been a mentor and voice coach to many aspiring vocalists, and since 2018 has served on the faculty of the Richardson School of Music. She also offers private teaching and coaching sessions.

Her journey in music thus far has helped her to cultivate a long-standing, loyal audience that is eagerly anticipating her new album, compass: I, which she will deliver on March 5th, 2021.