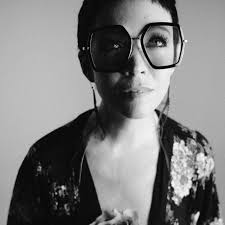 LADY FLiC is one half of the dynamic dj duo @lovefromnyc she has supported legends such as Snoop Dogg, Roy Ayers,  Derrick May & Kevin Saunderson, Fatboy Slim, Oddisee and Mr Scruff, and had personal props for her DJ skills from the likes of John Legend, Mark Ronson, Kurupt, King Britt, Osunlade and Maurice Fulton.

For the last year she has been driving the creative and musical programme at the new Seminyak beachside hotspot SugarSand, implementing a jazz and soul inspired, forward thinking music policy, booking and playing alongside artists such as Lefto, Benji B, Roy Davis Jr, Alexander Nut, Jordan Rakei and Waajeed.

An immense love for music of all styles, a refusal to be put into a box and a passion for weaving a colourful musical tapestry with her sets, LADY FLiC has carved out a unique DJ career that has taken her all over the globe. From clubs, raves and radio in New Zealand to the Red Bull Music Academy in Dublin, to slinging vinyl and hosting pirate radio in London, and around the world to her current base of beautiful Bali, the perfect location to explore Asia and hop over to NZ and Australia on the regular.

After Flic relocated to the Island of The Gods in 2008 she landed a DJ residency at Bali’s original sunset venue, Ku De Ta. After Potato Head Beach Club opened its doors in December 2010, Flic was invited to be resident DJ, and shortly after Music Director.  Within a year she was managing all the events, booking, hosting and and djing alongside some of the world’s biggest names as well as some of the most cutting edge and underground acts, until late 2015

Production wise, Richard Sen’s Mixed Blood Records put out a 12” vinyl single by DJ Flic in 2005, a heavy nu disco gem complete with a remix from discoid superstars Padded Cell on the flip.

‍
In 2013 Flic was the lead vocal talent (under her moniker City Hayes) on the Hot Coins Sonar Kollektiv single ‘Geek Emotions,’ the first single off their album ‘The Damage Is Done.’
In February 2017 she was featured on Red Rack’em’s 'Self Portrait' album, writing and contributing vocals on the track 'Hot Weekend', alongside the underground smash "Wonky Disco Bassline Banger'.

As a DJ, LADY FLiC serves up a diverse and always fresh mix flowing from electronic to organic, disco to balearic, jazz to hip hop, soul to boogie, proper house music to soulful techno and hands-in-the-air party jams. She loves to create a technicolour musical journey with her sets, mashing unexpected styles together seamlessly. Whether for lounge, pool party, festival or sweaty nightclub, the key is in the flow and diversity.