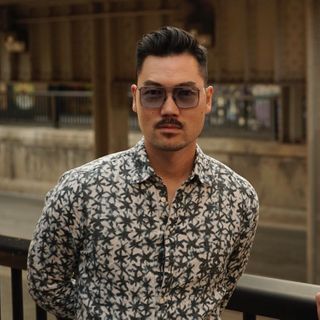 A long time fixture in Toronto’s music scene, Gil Masuda’s 25 years of contributions as a DJ/Producer are undeniable. Gil had his first DJ gig at 14 years old and his first residency at 16. It wasn’t long before he started dabbling in hip hop production. Soon after, he teamed up with another neighbourhood trendsetter, Nik Timar and formed the partnership, Circle Research. They went on to rock one of the most popular shows (The Circle Research Show on CKLN 88.1fm) during the golden age of community radio, solidifying their “legendary” status in the city. Their ear for mixing hip hop with funk brought them from behind the airwaves to centre stage where they opened for the likes of Bernard Purdie, Grandmaster Flash, Kenny Dope, Budos Band, Lee Fields, El Michels Affair, ?uestlove and DJ Spinna. In 2008, Circle Research released their beat-tape album “Who?” on MPM Records (Germany), showcasing their cut and paste style MPC chops and Scratch DJ prowess. In 2013, they took it a step further with a new project, The Precious Lo’s, a more future funk forward sound with Gil handling vocal and song writing duties. With the help of a cool cast of characters (Maylee Todd, Buscrates, T-Groove) they released “Too Cool For Love” album. It was licensed to P-Vine for the Japanese market on CD format, earning them their first OBI strip. From hip hop to rare groove to funk and boogie, Gil’s passion for vinyl culture led to the birth of his own label, Love Touch Records for which he handles the in-house production. Reaching over 15 countries in its first year of operation, Love Touch Records quickly became a player in the international Modern Funk scene.