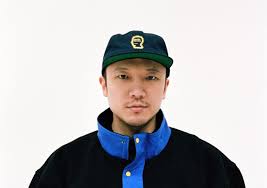 Min June Park aka DJ Soulscape, one of South Korea's most well-known and admired DJs, has been arranging and composing music since the 2000s. DJ Soulscape's 360 Sounds project reflects an eclectic mix of old and modern. He has published music that pays homage to old Korean music from the 1960s and 1970s. In a society where the majority of the young population listens to Korean pop, DJ Soulscape has succeeded in raising awareness of this forgotten music era.