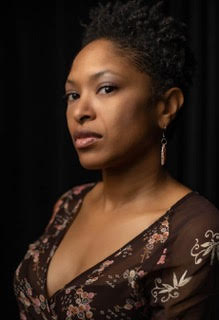 Terry Power is an Artist Manager & Video Producer to the extraordinary musician and cinematographer Thomas Piper - The People’s Republic of Sound and a Freelance Producer and Videographer, transferring her multifaceted skills to each project at hand. For years she’s driven to spread his mission to empower and inspire humanity to take agency over their lives.  She has coordinated artist bookings, contracts and logistics, while co-producing videos like, Sesame Street’s - Sesame Studio’s YouTube Channel Let’s Move Your Body and Thomas Piper’s De-Gentrify - interactive music & dance short documentary. In addition, she has worked as a Production Assistant on Gregory Porter’s - Illusions video, Assistant Director for Mr. Porter’s - 1960 What? and Lion Song videos and Georgian Muldrow’s - Dimensions video. She has also collaborated as videographer and photographer for a number of video shoots and live events, including Korg, Inc., Soul In The Horn and the only woman resident photo journalist for In Plain Sight - Brooklyn’s monthly music producers series. Ms. Power thrives in working within a team, sharing and highlighting the best in others. As an Imagination Igniter, Terry believes we are all on the planet to serve the same purpose, “to create solutions to problems, so shine your light.”  She loves musicals, movies, adventures and giggles.

Photo journalist + The Queen of The Peoples Republic of Sound + Imagination Igniter!