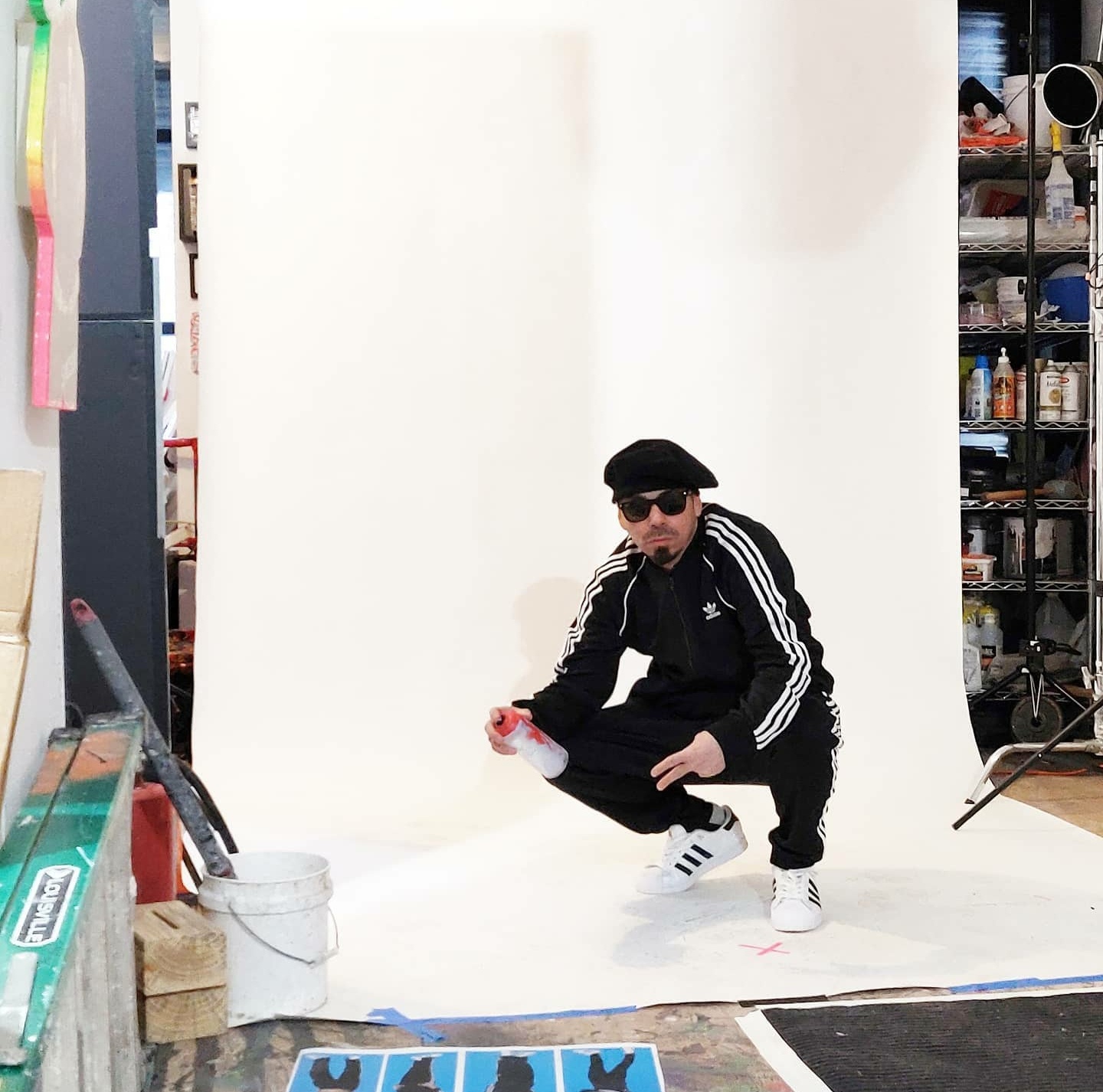 Savior Elmundo is a Renaissance man; an accomplished dancer, choreographer, artist, and filmmaker who is driven by his passion for creative expression. Born in 1973, in Harlem New York, Savior had the privilege of coming up in the epicent of the emergence of hip-hop while catching the tail end of an epic art scene in NYC.

The convergence of these two worlds informed this young man of the possibilities of the unresolved passions within him. He became a young, talented, self-taught dancer who appeared in music videos and on stage around the world with well-known artists. With his skills and professionalism, choreography was not too far behind, as well as commercials, print ads, and numerous campaigns.

Later, Savior took an interest in filmmaking and found success in completing five short films and a feature length documentary. His short films have been featured in the Tribeca Film Festival and the HBO Latino Film Festival. Soon after, Savior picked up a brush to express his feelings after the loss of a close family member and has continuously shown in art shows from 2008-2019 in Los Angeles and New York. The frenetic layered style he has developed comes from the wealth of inspiration the streets of NYC offered to him as a young man, insistent on destruction, but ultimately choosing a life of creation.

The evolution of his artistic style over the past eleven years continues to expose the complexities of life, culture, and his personal experiences. His evocative collage pieces are nostalgic, revealing a moment in time that captures the undeniable energy that permeated NYC. Layers of paint, images, records, 3-D letters, and other mixed media are reminiscent of the 80s and 90s, the years when Savior was coming up and completely immersed in the music world.

Firmly established in the NYC art scene Savior also uses his clout to shine light on new talent. He has created a place for artists to come and paint freely, connect with others, and gain recognition from NYC art enthusiasts. The weekly event is called “Collage NYC” and it has been going strong since 2010.