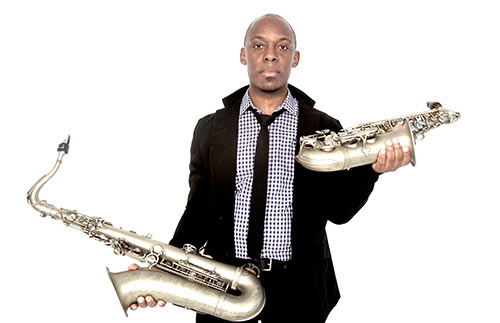 Marcus Strickland is an American jazz soprano, alto, and tenor saxophonist who grew up in Miami, Florida. Most recently, he is working on the ‘Black is Beautiful’ project.  Down Beat magazine's Critics' Poll named him 'Rising Star on Tenor Saxophone' in 2010 and 'Rising Star on Soprano Saxophone' in 2008. JazzTimes magazine's Reader's Poll named him 'Best New Artist' in 2006. He placed third in the 2002 Thelonious Monk International Jazz Saxophone Competition.

His band and concept project, Twi-Life deals with the connection and intersection between jazz and Soul & Hip Hop as inspired by the J Dilla aesthetic of intricacy, “drunk drumming” and tonal nuance. Strickland becomes beat maker, composer as well as saxophonist on these projects.